A recent survey found that baby boomer business owners are growing as a group, are profitable, and making an impact

According to David Nilssen, CEO of Guidant Financial, “in 1996, about 20 percent of small business owners were over 50. Our survey shows that there has been a massive shift toward baby boomer owned businesses – nearly 300 percent”. Adding, “this generation of entrepreneurs has had a huge and growing impact on small businesses in America and will continue to”.

Highlights from the survey include:

In terms of opportunities respondents are focused on, seventy three percent are focused on growing their current business, while nineteen percent would like to open an additional location for their business. Only eight percent reported as being interested in selling their businesses.

With regard to how baby boomer business owners would use capital to invest in their business, respondents were tied between expansion and equipment, both at 20 percent of the share. These goals were shared across businesses open for any duration, with marketing and advertising coming in close behind, followed by staffing.

While millennials seem to get all of the attention, baby boomers are having a big impact in terms of profitability, hiring, and sales. Seventy seven percent of respondents reported that they were profitable, while they also reported hiring at a greater rate than millennial business owners. More significantly, baby boomer owned businesses make over $5.14 trillion dollars in sales. 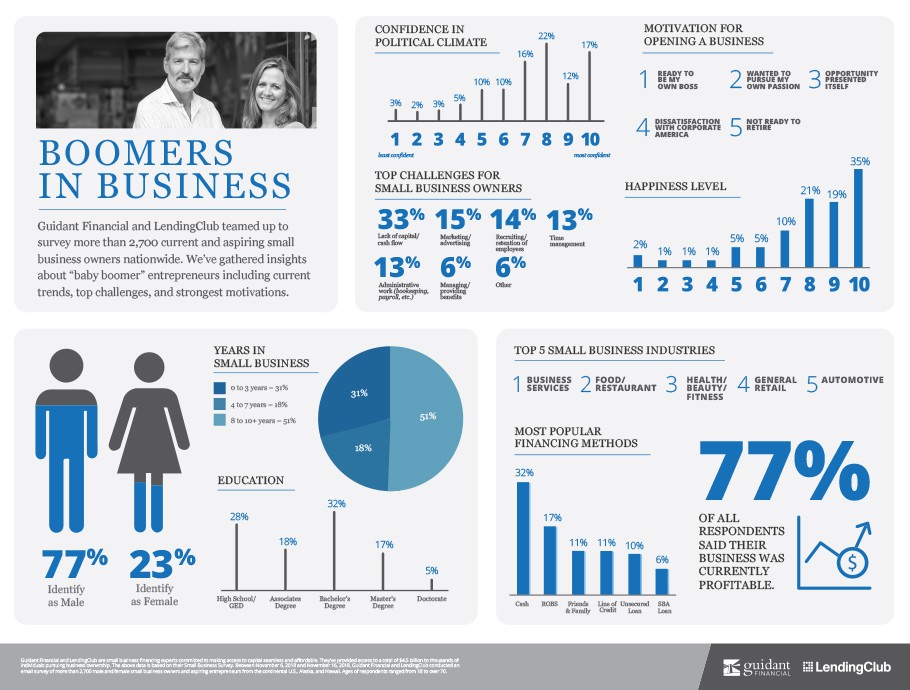 How To Plan Your Way To Success