CASE STUDY – Andre at a Commercial Cleaning Service in Arizona 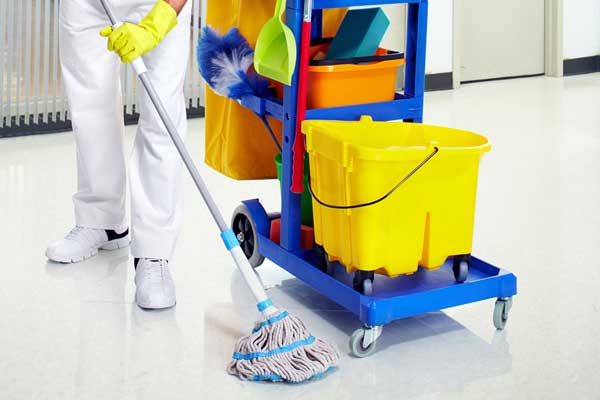 About seven years ago, Andre played football in High School in a medium-sized city in Arizona. As the star Running-Back, he had the attention of several four-year colleges in Colorado and Texas. Then, in the playoff game for the Regional Championship, the unthinkable happened. A bad tackle resulted in a severe tear to his right Achille’s Tendon.

A visit to the Emergency room after the game confirmed his biggest fear. It was a severe tear that required at least one surgery and a recovery lasting a year. Just like that, everything he had worked so hard for since the third grade was gone, as was his dream of going to college on a football scholarship.

After graduating from High School and unsure what he wanted to do, Andre enrolled in community college. An introductory macroeconomics course introduced him to entrepreneurship and gave him a new dream of someday owning his own business in his freshman year.

For the next year, Andre worked very hard to get his AA degree while working part-time to help his mother raise his two younger siblings. After finishing community college, Andre began researching business opportunities that did not require a lot of seed capital and could scale. His solution was a commercial cleaning service.

As soon as Andre found what he wanted to do, things moved quickly. He reached out to friends and family and the boosters that supported his high football team at the time. Within a few weeks, Andre was able to land a couple of commercial cleaning jobs. Since he had his little brother and cousin helping him with cleaning jobs, he managed the 30 and 45-day payments that some of his customers were demanding to give him the work. Since the people helping him were family, he was able to pay them when he got paid, something you cannot do with employees.

The turning point in Andre’s business came when the local paper profiled his small business. Seemingly, customers came out of nowhere, and within a short period, he had more business than he, his brother, and cousin could handle. He had to hire people to help him. Unfortunately, paying them when he was paid was not going to cut it. Additionally, he needed help buying supplies. This is when Andre first reached out to Zip Capital Group.

The introduction to Zip Capital Group

Our relationship with Andre started through a common client. Joe, who had also become a sort of mentor to Andre. When sharing the challenges of running his business, explicitly managing his cash flow, Joe suggested that he call us to discuss his financial challenges.

Andre called Brandon, Joe’s small business specialist at Zip Capital Group, to talk about his financial challenges and how ZIP can help. After talking for about 30 minutes, Brandon recommended a working capital loan to help pay for salaries and supplies. Andre agreed with Brandon’s assessment that a working capital loan would address his current financial challenge and started applying. With Brandon’s help, Andre’s application process was quick and seamless. Once completed, a decision was made in less than 24 hours, with the loan funded within another 24 hours.

Results from the Working Capital Loan from Zip Capital Group

With the proceeds, Andre covered his working capital needs, applying a small amount from the proceeds to fund marketing activities.  Andre’s decision to proceed with the working capital loan worked out very well for him. He was able to meet all his goals adding seven large commercial clients to his client list, all of which are directly attributed to the marketing activities funded from loan proceeds.  As a result of the new business, Andre has added five new employees to the payroll, as well.

The additional revenue from Andre’s new clients enabled him to pay back his loan sooner than he expected. As a result, he took out a second working capital loan to continue to grow his business. Since then, Zip Capital Group has become a partner of sorts providing him with the capital to grow and exceed his business goals.

If you need a working capital loan, a merchant cash advance, or S or other forms of business financing, contact us today or call (800) 795-3919 to speak with a small business specialist like Brandon.